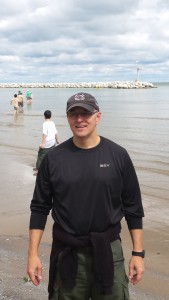 Scoutmaster Don Morris has a deep family tradition and a love of scouting. His father earned his Eagle rank in 1943. Don and his brothers earned theirs in the early 70s and his son, Noah, earned his Eagle in 2012.

Don assumed the role of Scoutmaster in 2012 and proceeded to grow the troop to over 40 boys. Many of his first Cubs to join the troop are now working toward their Eagle rank as Life scouts.

Don has been recognized for his commitment to continued learning. He has completed both Okama 21 and Woodbadge C4-441-12. These are both advanced adult leadership training courses.   He has also been recognized for the Distinguished Troop Leader award in the Buckeye District in 2013. 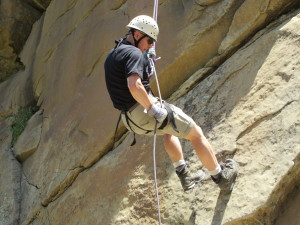 What Don enjoys most about scouting is watching a newly minted scout who has just crossed over, grow in a few short years, to become a confident young man. Since taking the reins of the troop Don has seen over 20 of his scouts earn their Eagle rank and go on to college.

Apart from scouting Don and his wife Tami have lived in Columbus for over 30 years.  He enjoys competing in various races around Ohio, like the Survival race, triathlons and the Columbus half marathon.

Mr. Morris helped me excel in Scouting by pushing me to achieve the rank of Eagle shortly before my 18th birthday. He was available at any time of the day or night to help and provide counsel as I worked towards achieving the highest rank in Scouting. It can easily be said that without him, my Scouting experience would not have been as wonderful nor would I have had the same success I found in the final year of my Scouting career. Mr. Morris is the model Scoutmaster, and to me perfectly showcases the principles taught by the Scout Oath and Law